PREVALENCE OF ALTERED TASTE AMONG THE ELDERLY IN BANGKOK, THAILAND

Taste disorders and reduce salivary flow rates may be more common among the elderly possibly leading to loss of appetite, weight loss and nutritional deficiencies. There is limited data regarding the prevalence of taste disorders and reduce salivary flow among elderly Thais. In this study we aimed to determine the prevalence of taste disorders among elderly Thais and if they have an association with salivary flow rate in order to better understand the epidemiology of this condition in the study population. Study subjects were those aged ≥60 years who lived in Bangkok, Thailand during June 2019-February 2021, were not current smokers and were willing to participate in the study. The subjects were randomly selected from those who responded to an announcement about our study made at the Faculty of Dentistry, Mahidol University and Maha Chakri Sirinthorn Dental Hospital. The minimum number of study subjects calculated to be needed for the study was 62. In each subject, the stimulated salivary flow rate was measured and the perception of sweet, salty, sour, bitter and monosodium glutamate taste were tested using a filter-paper-disc method (FPD). A total of 70 subjects were included in the study; 77% female. The mean (± standard deviation) age of subjects was 67 (± 5) (range: 60-78) years. Twenty-three percent of subjects (n = 16) had a reduced salivary flow rate (defined as <0.7 ml/min). Eighty-one percent (n = 57) had an altered taste: 23% (n = 16) could not taste sweet, 20% (n = 14) could not taste salty, 16% (n = 11) could not taste sour, 6% (n = 4) could not taste bitter and 77% (n = 54) could not taste monosodium glutamate. There was no significant association between the salivary flow rate and altered taste perception (p = 0.766). In summary, the prevalence of altered taste among study subjects was high, especially the taste of monosodium glutamate, but was not significantly associated with a reduced salivary flow rate. We conclude healthy elderly Thais may have a high prevalence of a taste disorder, especially to monosodium glutamate.

Associate Professor at the Department of Oral and Maxillofacial Surgery 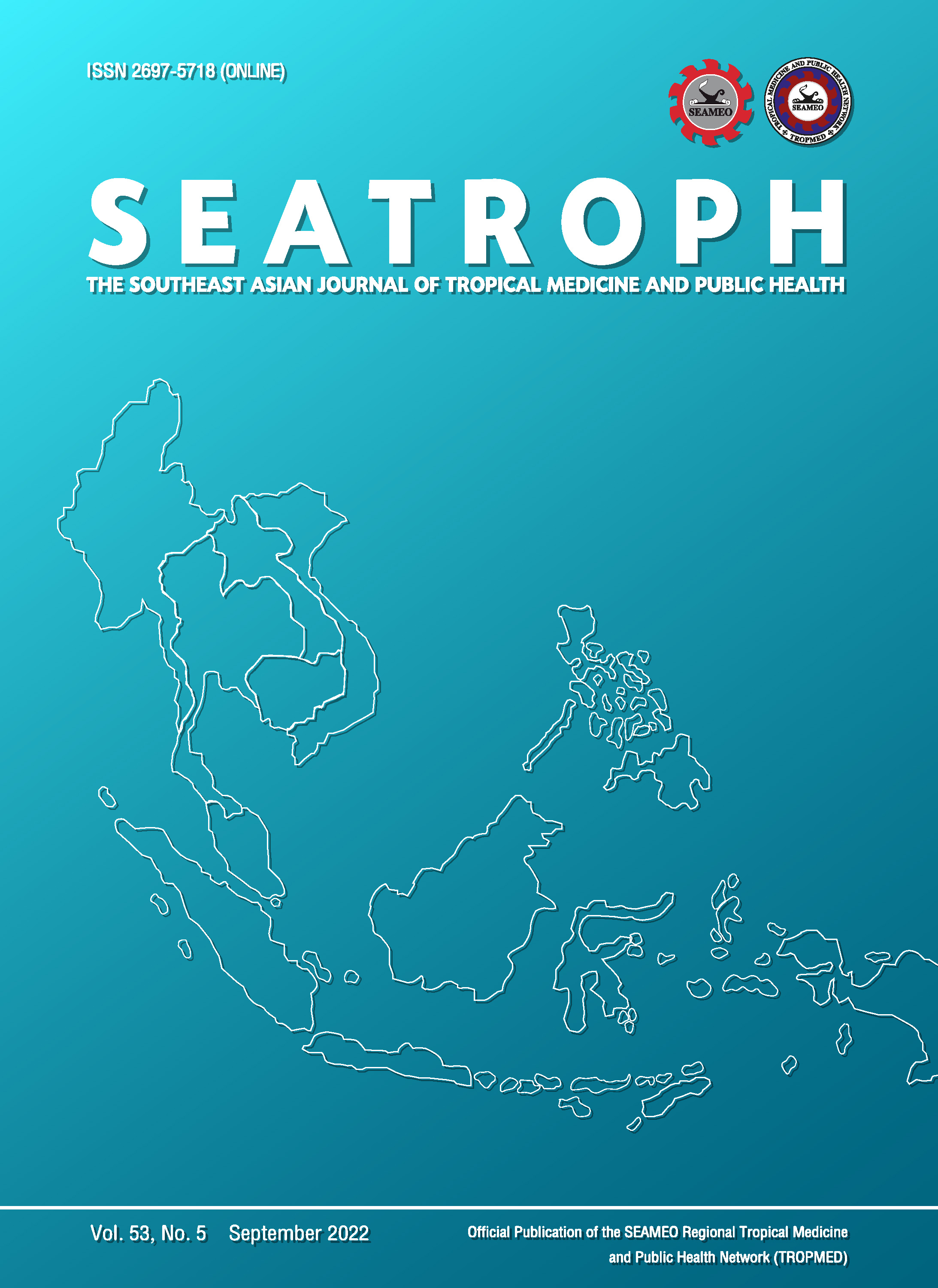 Vol. 53 No. 5 (2022): THE SOUTHEAST ASIAN JOURNAL OF TROPICAL MEDICINE AND PUBLIC HEALTH